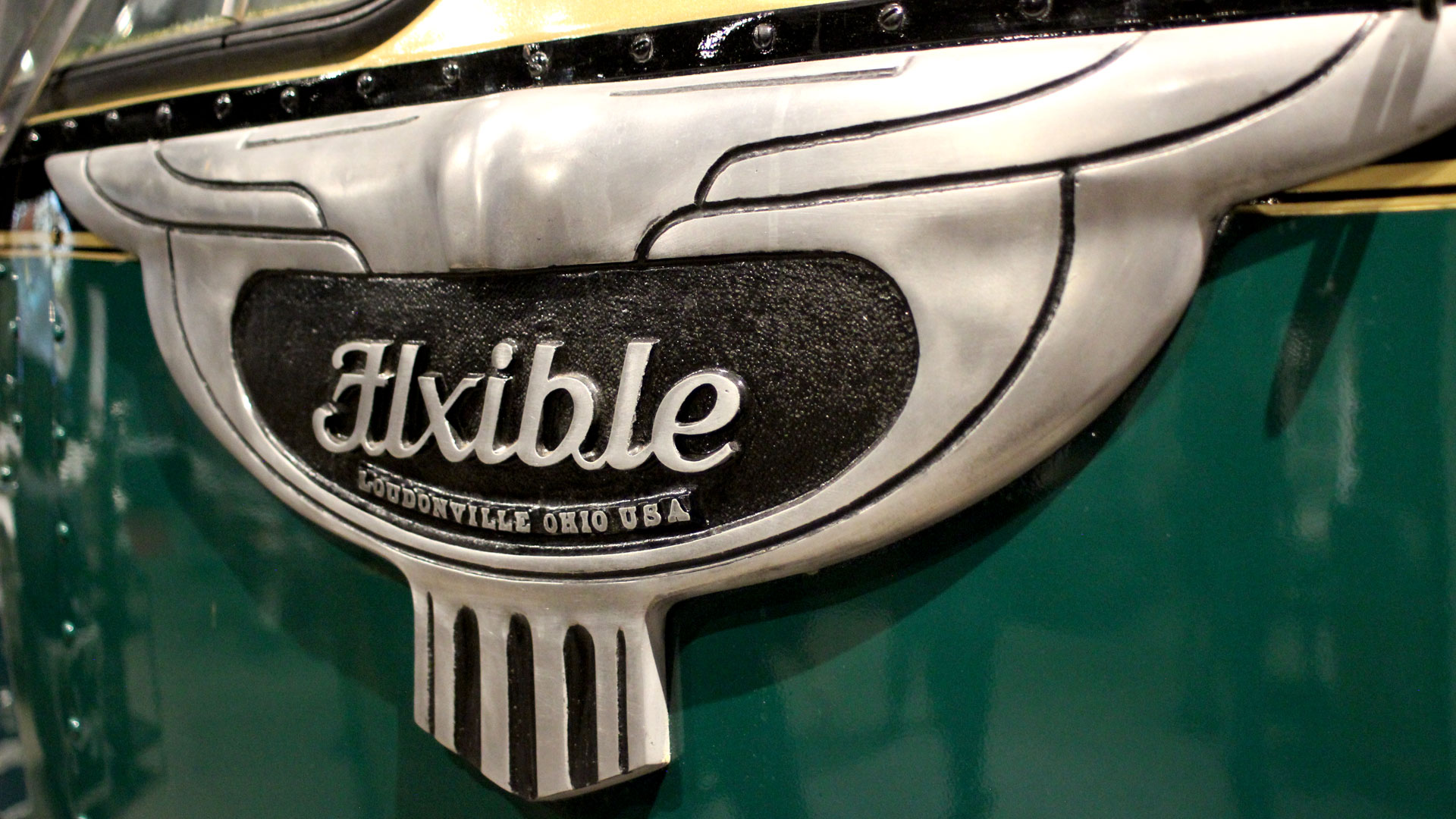 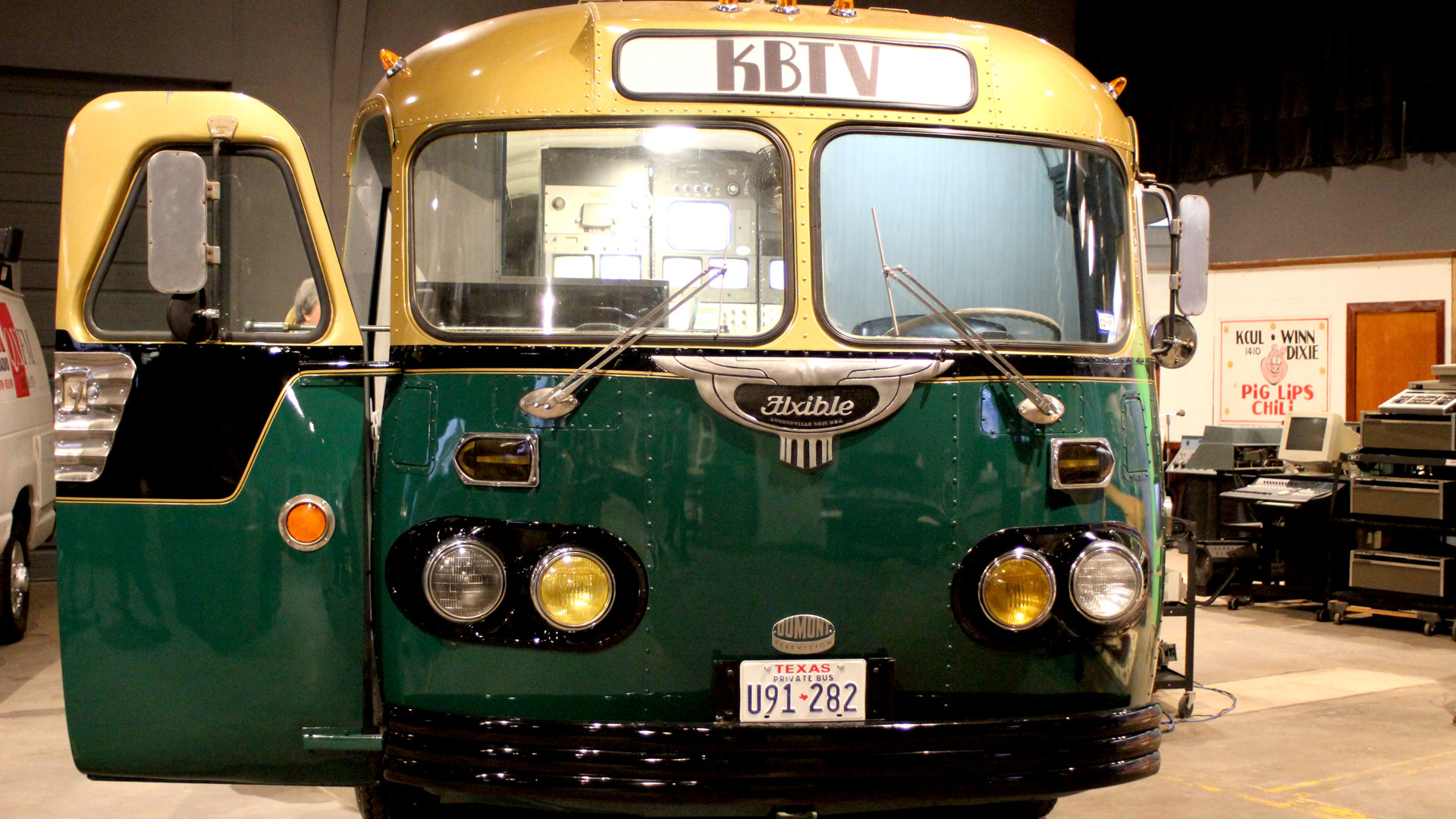 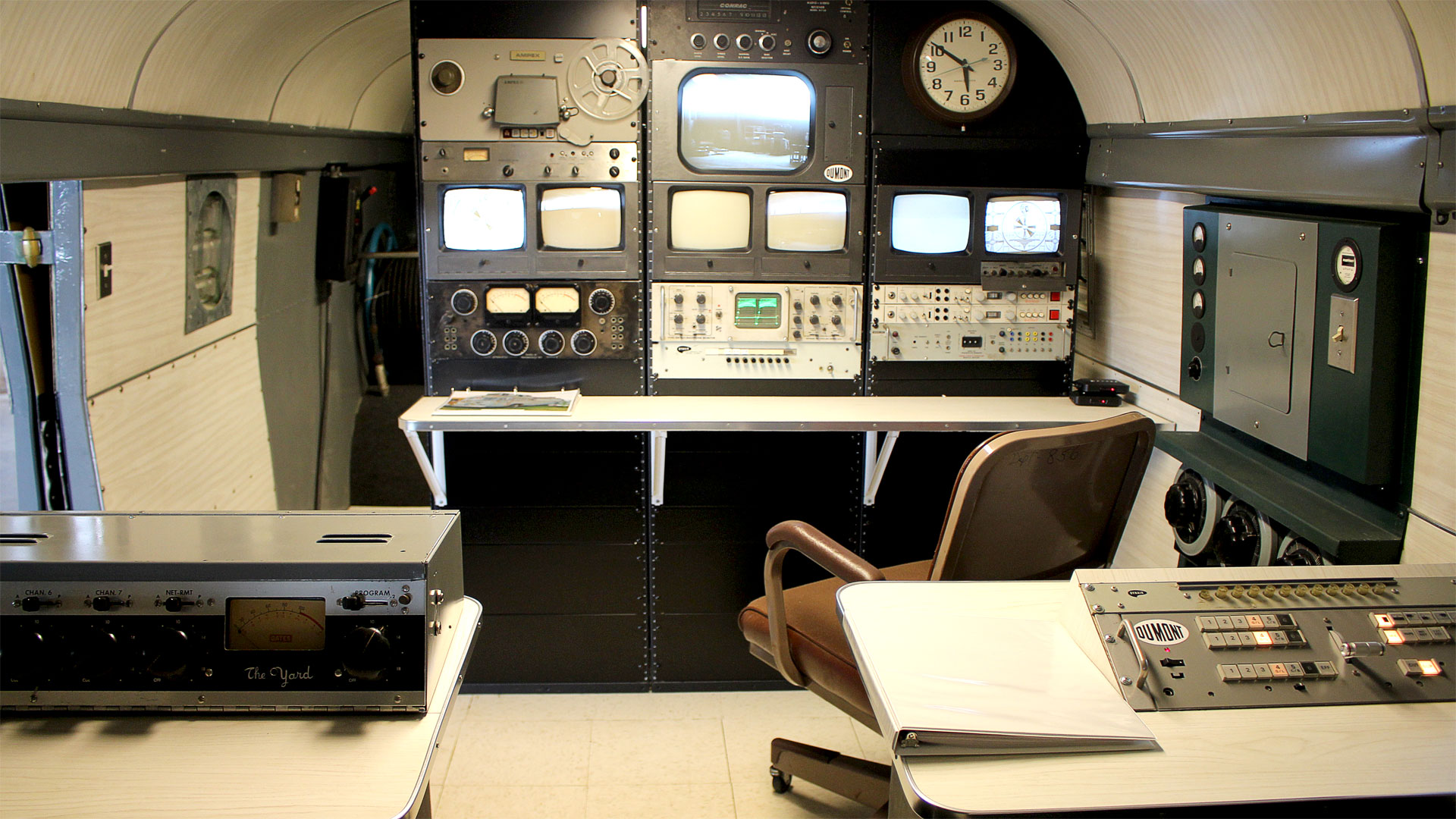 Back in the early days of television broadcasting, when stations realized they needed a way to get the latest, remote live sports events to the public, the Telecruiser was born.

The Golden Telecruiser, as it was called, was a rusted coach when we got her. Now, she’s a beautifully restored, vintage cruiser shining with history.  To the best of our knowledge, this is the oldest restored television mobile unit anywhere.

It was used by ABC/WFAA to cover President Kennedy’s assassination on November 22, 1963.

The Telecruiser provided the network pool feed for the funeral of Dallas Police Officer J.D. Tippit who was shot by Lee Harvey Oswald during his apprehension.

The Telecruiser certainly has plenty of Dallas history attached to it as it was used well into the 1970s.

Now, it sits proudly in our event center, ready and waiting for you to step in and relive a moment or two from the early days of broadcasting.